Words From Emperor Michael I, Re: Xiola 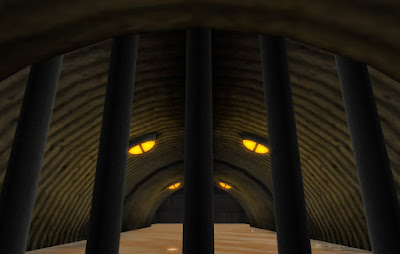 It must have been ten, eleven years ago a city worker appeared at the sewer I was living it. Her name was Lexie and she gave me some food. We chatted a bit, not much but enough for me to like her. Ever so often she dropped by and left me some, sometimes we chatted, never much but always in a kind spirit.

One day my namesake, Michael (rodent city worker), followed her. He was less kind to me, wanted me out of the sewers and gone. Despite that he had some prims with him for me to use. A nice gesture from a city worker. I used the prims for another sewer where I felt I was being more secure.

One day Lexie took with her Xiola. Must have been 2011. Lexie didn't look good, she was not feeling well, I could see that. She told that Xiola was going to assist her with her responsibilities around the city.

Shortly after that Lexie disappeared, or to be more accurate, Lexie never showed up any more.

Xiola visited my new and better hidden sewer and I asked where Lexie was. Xiola didn't reply, she smiled, gave me some food and left again.

I try not to become too attached, too close and too friendly with city workers (Lindens). They can come and go without any warning. It's part of their work to do city work. I am sure they enjoy their work, they even come and visit outside working hours.

Xiola visited less often as Lexie did. I'm ok with that because I could see the things she did. She changed things, enabling people to connect in various ways. Bringing a smile to people. She could sense what was going on and took responsibility to change things, things we will never know the scope of.
She'll be the first to correct me and tell it's a team effort.

One day while she was visiting she jokingly told me I could become Emperor if I wanted it hard enough. We had a good laugh about that joke.

Recently Strawberry became a city worker. No mystery about her life before she started this job. We never met. The sewer where I lived was very secret until the floods and now that I am Emperor I can use the provided shelters I have requested to be build by the citizens of My Empire. Strawberry never found me. I should reach out to her one day.

Today I learned Xiola will stop her work as city worker. Perhaps she will remain here in her secret 2006 identity. I don't know. What I do know I am now able to formally say goodbye. Something that I could not do when Lexie left.

Xiola, thank you for you being there. Helping out and making things possible. Making an unexpected extra step to help people. This isn't a farewell, this is a goodbye.

--Michael I, Emperor of Bay City

Edit: You can see and hear the announcement from Xiola in this video. The announcement starts at about 14'55'' Her last day at the lab will be Jan 3rd.