WELCOME to the forty-third issue of the Bay City Post! - Keeping you updated on the best city on the grid.

A New Year
So yes, I'm late again. My apologies. Some months just have less time in them, I fear! I will try to do better, but I won't resolve to. Resolutions were made to be broken! So some of the news this month may be a bit dated, and a touch old. But it's still here!

I'm slowly trying to work out some changes to the web format, too, to try to make some real archives and clean up the layout and all. a slow process not made easier by the software not my schedule.

At any rate, here it is. Guess I'd best start on that February issue!

All that... and some other stuff from Bay City's finest paper 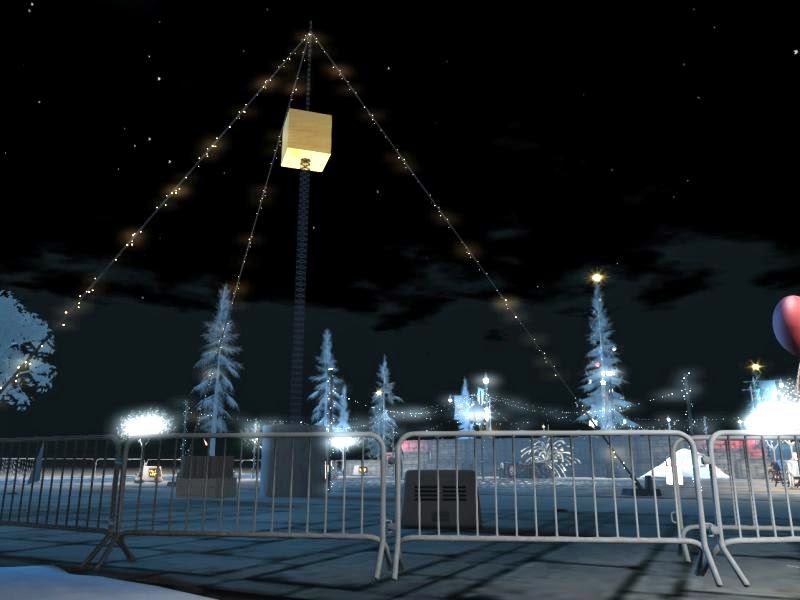 The fourth annual "Prim Drop" took place on the 31st of December, with festivities commencing at 11:30 pm SLT. Fireworks and music set the stage for the lowering of the box prim amongst a capacity crowd of Bay City residents and others from around the Second Life grid, including one Linden and two Moles.

The event also served as the last event in Bay City this year for donating to Child's Play Charity (www.childsplaycharity.org), with a final talley of  L$367,383 raised via the prim drop as well as the annual silent auction and tree lighting concert, a Christmas tree sale, and other events  Child's Play is a 501c3 non profit organization offers online communities such as ours an opportunity to help seriously ill children around the globe during their hospital stays with the purchase of games and gaming equipment.

Thanks to all who attended, as well as to Kriss Lehmann for the excellent new lighting for the event and The Vortex, owned by Gemini Enfield, for the use of their stream. 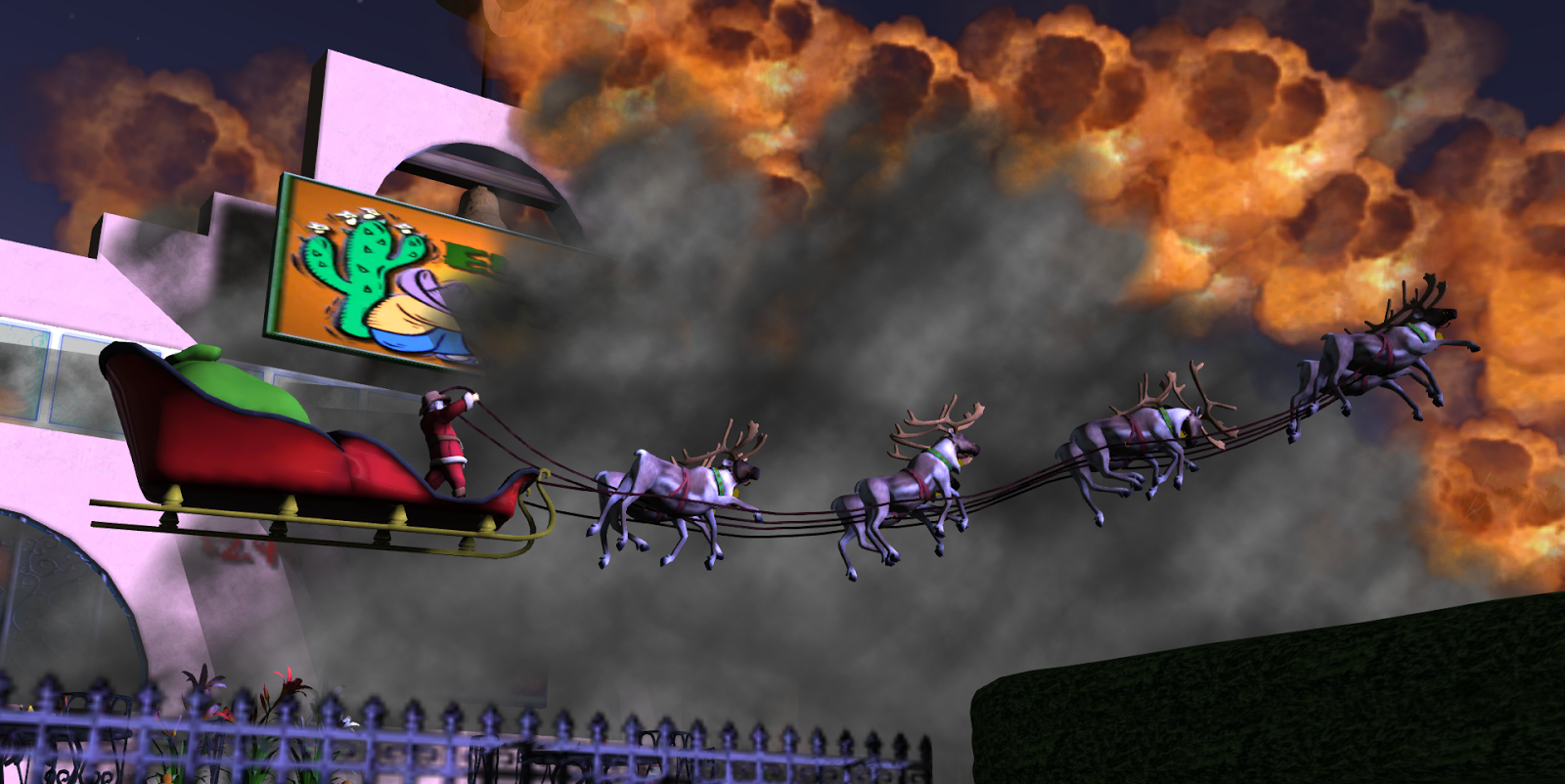 Authorities on lookout for a man in a red suit.

A new year is upon us. Many treat the change of the calendar as a time to wipe the slate clean, and look at the new year as on as blank as so much freshly-fallen snow. Many resolve to make changes in their lives. Some start new projects. It's a fresh, new beginning.

Such is the same with me, with a sort of resolution or two. More like things I hope to do this year. No, being a bit timelier on the Post deadline is, sadly, not amongst these.

What I do hope for here is that I'll finally tackle that "Objects" folder in my inventory. Giving myself a year to plow thought it is probably wise, given the thousands of objects in it that could use a good home. It's seems impossible to classify just what goes where, and how it all fits together. There's just so many items. I've made some headway -- and dropped about 4k out of my inventory in the process -- but I still have a very long way to go. Thankfully it's January, so there's still months to go.

I say that now, knowing that I'll likely be in the same boat when the calendar turns to Winter once more.

The other is to finally get my brain wrapped around Blender. I've actually made better headway with that, having actually completed by first minor mesh project on my own. A simple magazine mesh, displaying a mock "Life Magazine" style cover. It's not the best work in the world, but it works and doesn't look half bad. It's at my store in Bay City for the curious. Pick up a copy and mock me for it later, if you feel so inclined!

Other than that, though, I hope for yet another full year with great events, fun time, and more to come.

What are your hopes for 2015?
Posted by Marianne McCann at 19 January No comments: