Here is a fine link of inspiration for signage in Bay City... found by research extraordinaire Molly Montale: 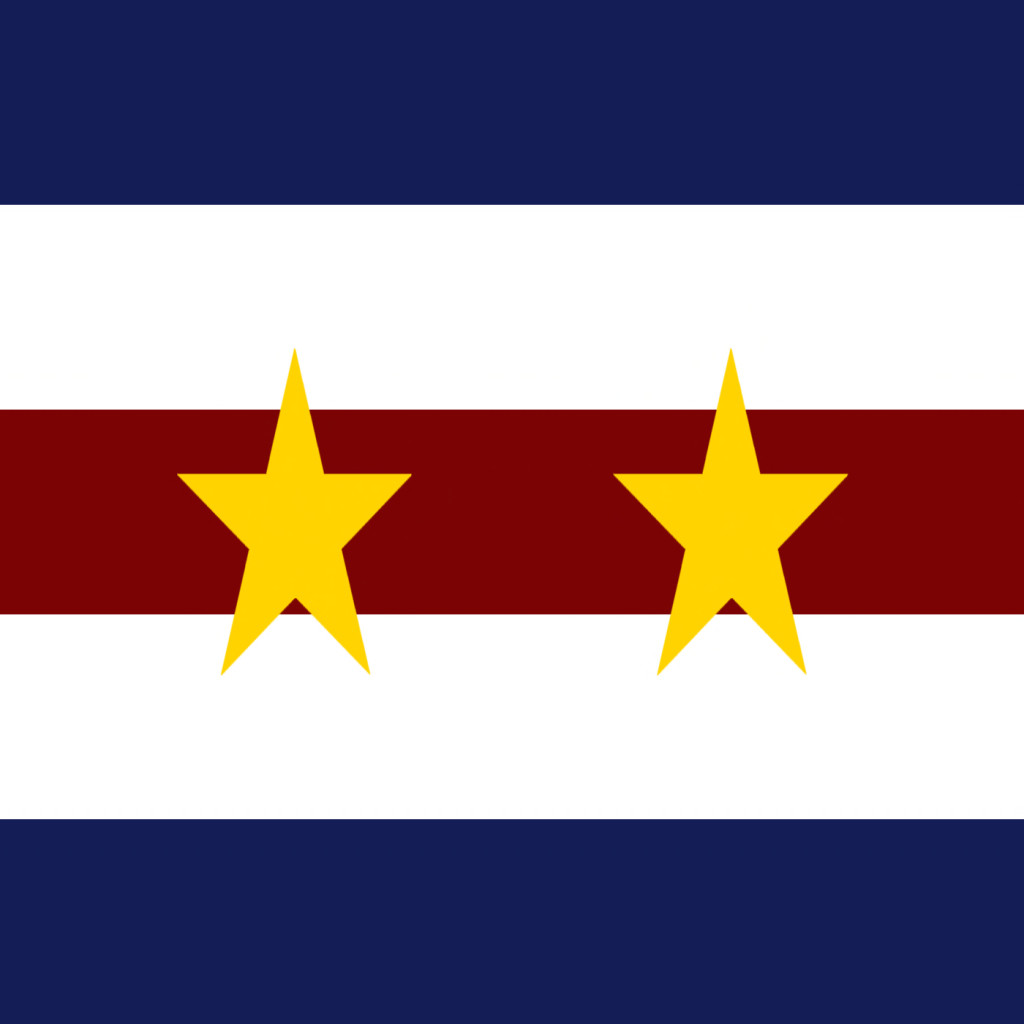 
WELCOME to Bay City, a special Mainland community just west of Sansara continent. We hope you enjoy your stay here, and want to give you a little information on this special place while we welcome you, our newest neighbor.

Bay City is the latest of several themed Community sims on Mainland conceived by the Lindens and developed by their freelance architects, the Moles. With an abundance of parkland, streets and canals, the prim alotment has been redistributed so that resident parcels enjoy twice the customary limit. Bay City is a very active community, with an open dialogue between Linden Labs and Bay Citizens for planning activities, events and capital improvements. Together with sister communities Nova Albion to the east and The Suburbs to the northeast, that portion of Mainland is often referred to as Tricities.

Among Bay City’s many original locales created by the Lindens and Moles are a bowling alley, a movie theatre, an asylum, an airship tower, and a municipal airport.

Seen as “the American urban experience, between 1940 and 1965,” the setting for Bay City is predominantly commercial, with architecture ranging from post-industrial and art deco to atomic age modernism. While Bay City is not a role play community, this period aesthetic realized by the Lindens has for the most part been maintained by most Bay City residents, whose love for the era and respect for the Moles’ handiwork is apparent, with shops and structures reminiscent of 1930s-1960s aesthetic.

While Bay City has an intended theme, it is not a roleplay community. There are no requirements or limitations on dress code, behavior, or type of shop or merchandise beyond Second Life’s own Terms of Service.

Likewise, as a Mainland locale, Bay City has no covenant. You are not required to build a retro style shop or residence. However there’s a good chance you paid a high price as an owner or renter in order to be a Bay City resident. That being said, it is assumed that most who settle in our community were attracted to the era and style to be a part of it.

Please note that there are restrictions in Bay City (as with Nova Albion and the Suburbs): Parcels cannot be joined or split, and terraforming has been disabled.

If you’re looking for ideas, examples of real world architecture may be seen on these webpages: 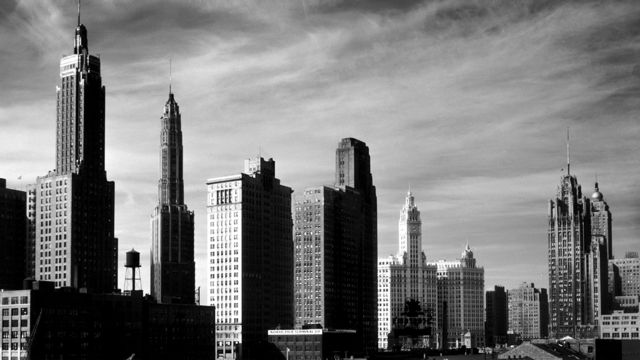 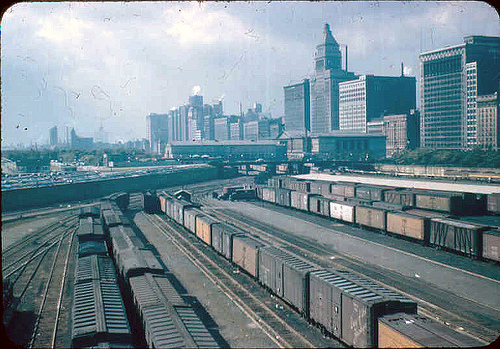 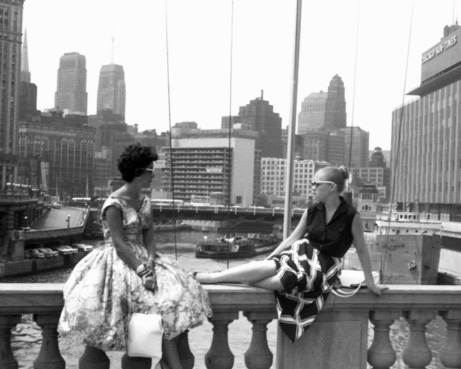 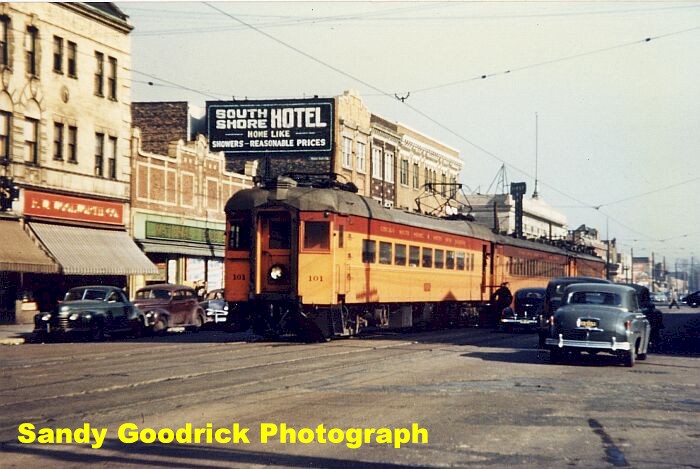 Aficionados and residents alike meet regularly as the Bay City Alliance. Join our group and get to know your neighbors! Get involved with community activities or get help – or just inspiration. Local residents enjoy special group access rights in select public areas of Bay City.

The Linden Department of Public Works has compiled builds and textures used while developing Bay City into a collection to share with everyone for free! You can find this box of full-perm goodies in the Bay City train station.

Some questions have come up recently about the Bay City theme, about what people can and cannot build within Bay City, and requests for resources related to Bay City's look and feel.

On the Second Life blog, Bay City was described as "the American urban experience, between 1940 and 1965, perhaps best typified by Chicago circa 1950 and marked by a distinct deco influence." A "prerecorded statement" (also on the blog) from Governor Linden further stressed the theme.

"We hope that the Residents of this new city will produce interesting and attractive structures, in styles appropriate to the period 1930 to 1960 when most of our buildings were erected. In any case, the Residents of Bay City will form a unique and bustling community."

While much of Second Life's mainland is made up of rolling hills beaches, and other, potentially pastoral landscapes, Bay City is well, the city. It is the urban landscape. We, like Nova Albion, our sister city to our East, are an urban landscape.

Our architecture (if one goes purely by the theme statements above, would typically the bit U.S. cities of the mid century, particularly but not limited to Chicago. Architecture of the period did have a "deco influence," even though pure Art Deco had already largely come and gone in Europe.


> SO WAIT, WE NEED TO BE VINTAGE/RETRO?

When the area was devised, the notion of it being period was part of it. If you look at some of the mole builds, you can see this. A period bowling alley and cafe, the Bayjou theater, etc. Part of the notion was both familiar enough, yet distinctive enough, to allow for a period themed community.

Bay City is not a re-enactment of an era, per se, but it does carry elements of its times. Likewise, no large real world city is purely in a single "style." Nor should it feel compelled to be. Older buildings exist, as might newer ones. A city "lives," and part of that is through through its diversity -- both in people and in style.

> BUT ON MAINLAND! I CAN DO WHAT I WANT!

This is, of course, true, You can rez out any old thing here. You can make a tropical beach, or a futuristic spaceport, or a fantasy castle. Indeed, I've seen examples of each within Bay City over the last three years.

First, A cohesive feel within each of our parcels is good for us all. In a world where people can teleport right to wherever they want to, providing a consistent theme to an area helps set it apart, and encourages foot traffic. This is what has worked for many of the island estates, such as Tableau, Babbage, and many others. This is something we can capitalize on in Bay City. It makes up more than a collection of random parcels on yet another section of the mainland -- it makes us a destination to explore all its own.

Second, and with that past paragraph in mind, we are Bay City. We are already a unique place, with more than half our land mass made up of builds and infrastructure, in theme, provided by the Linden Department of Public Works. We have double primmed land, a strong community, and somewhat regular events. In short, we can and should strive to be better than just another spot on the mainland.

When you experience Second Life, do you want to see a hodge-podge, or do you want to see something unique and special? By providing our distinctive theme throughout our area, we serve to make something far beyond the rest of the mainland. Something special, magical, and work being a part of.


> OKAY, SMARTY PANTS, HELP ME OUT

I am always willing to lend a hand when it comes to the theme of Bay City. In the past I have done an hour-long slideshow presentation on Bay City Style, and will be glad to do so again if there is call for it. I am also alway willing to consult directly if desired.

But of course, none of this is for me to solely dictate. This is your land we're talking about: I've got enough to do with my own Bay City parcels, without dictating what you can or can't do.


We also have a fine selection of prefabs that the Linden Department of Public Works put together. Each is full perm, and also has all the textures and other good to help you add to it, and make them uniquely yours. You can find the prefabs in the Bay City train station.


Maybe you still want a prefab, but feel constrained by the Mole-provided build? I've embedded another notecard of several deco and city related prefabs I could on the Second Life Marketplace. It's a mixed bag, from skyscrapers to garages, from free to a couple thousand lindens, and of a number of styles, quality, and other factors. I deliberately did not weed through them so you can have a wide variety of choices.


> BUT MY NEIGHBOR IS NOT IN THEME!

Sadly, there is very little we can do. There is no terms of service for taste, and as we are mainland, there is nothing to stop someone from making a 200m statue of Mel Sharples.

That said, perhaps your neighbor does not know about Bay City's theme, or is otherwise unsure what to do with their parcel. You can, of course, pass a copy of this notecard along. Or make your own suggestions to them. Maybe offer to lend a hand with your own skills, or suggest some others who can help them.

More than that, they are your neighbor: be neighborly. You'll always get more flies with honey than vinegar, and by reaching out to them in a positive manner, maybe they'll be receptive to what you suggest. It won't work in all situations -- but it might work in yours.

Of course, if your neighbor is deliberately and flagrantly violating Second Life's Terms of Service and Community Standards, that's another matter altogether.

Bear in mind, too, that over time, things do change. the eyesore next door might be sold next month, and become the perfect neighbor. Across from my own store I've seen anything from a Japanese pagoda to a gothic cathedral -- and now have a beautifully done jazz club across Route 66 from me.

Have fun -- and if you need a hand, give a holler, and I'll do what I can to help. Always feel free to reach out to the rest of the Bay City Alliance, too.