WELCOME to the sixty-seventh issue of the Bay City Post - Keeping you updated on the best city on the Grid!

April in Bay City always starts with a celebration of our favorite April Fool - Ever Dreamscape! This year, the celebrations lasted an entire week, starting with the Rumble on Thursday, March 30th featuring crazy vehicles and shark costumes...mostly on fire. On Friday, March 31st there was a charity bowlathon at the Fairgrounds, with all proceeds going to Child's Play. And on the anniversary of Ever's birth, April Fool's Day, a party was held at the Bay City Brewery, followed by general mayhem and a mass torching of the City. The fire department, as per usual, was nowhere to be found. (More on that later.)

This month the Post welcomes Roc Plutonian, landlord of the Post building and a dear friend of Ever's, as he offers a touching tribute to our Patron Firebug:

Ev·er
synonyms: always, forever, eternally, until hell freezes over, until the cows come home, until mimes speak at the Pen, until Bay City is free of fire
Ever Dreamscape was always conspiring to get the residents of Bay City to gather via the Bay City Rumbles, the car washes, her wacky ETv stories and so on. The now-annual EverFest expands her vision of a community that lets out their wacky inner selves. For the last several days, the City was ablaze with Ever-inspired activities: Mime Protests, Rumbles, Bowling and Brewery Dances...and of course a fire or two! Gatherings like this are what bring a community together. When asked about EverFest, Bay City Resident Maureen Boccaccio said, "It makes me remember the fun of SL..just like Ever did." And that’s what SL is all about. May we all continue with Ever's vision: to gather, be wacky, and above all, have fun!

Firehouse in Dennis for Rent

With all of the mayhem in the City this past weekend, it has come to the attention of the Editor (who also happens to own the Bay City Fire Station #2 in Dennis) that due to her lack of time and attention, fire service in the City is sorely lacking. A concerned resident captured the shocking image below of a poor noob being pushed to his death  unable to be saved by one of our brave firefighters.

Our brave volunteers need a guiding hand to help them fight fire in our fair City, since fires seem to happen here a LOT. If anyone is interested in taking on this role (purely opt-in RP; applicant must have a strong working knowledge of Bay City culture) please contact Kinn by email at kinnaird.fiachra@ gmail.com.

Send your package in style with the Bay City Postal Service! Our cargo handlers will ship your package to anyone, anywhere in SL. We will ship not only by air, but by sea and land as well. Neither rain nor snow nor lag of grid can stay these messengers about their duty. (We are, however, not responsible for wet, frozen, or otherwise lost parcels…) All services are roleplay only and are opt-in. If the recipient does not wish to roleplay the delivery, we will simply pass them the package.

The boxes work just like the many postal boxes you see in First Life. You address a package and drop it in, the postal worker picks it up and delivers it. Local Bay City mail will be handled by the Bay City Post Office, and large parcels or mail going outside of Bay City will be handled by GridWide Cargo Service.

Mail can be delivered to any mailbox that has Allow Inventory Drop set to TRUE. First, you need to find one of our boxes, which are located at the following parcels:
To use the service, select Send a Package from the menu. Enter the legacy name of the avatar you want the package sent to into the textbox IE: ThomasHooker Resident.

Hold down the CTRL button and drag your item into the mailbox. Please include a notecard with the recipient’s name and the location of the delivery. The package must be transfer enabled or we cannot deliver it.

We will pick up the package at our earliest availability. We try to always deliver in character, and using realistic vehicles to do so but in some cases that is not possible. We will walk the package to the destination if we cannot use vehicles in that area, for example a roleplay region that does not allow non-residents to use vehicles.

We will place a mailbox at your location. I will need an invite to the land owning group, however, I will leave the group once the mailbox is placed.

(Also, fish tacos half off today!) 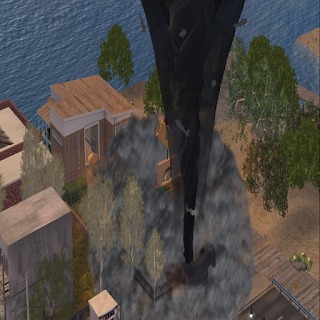 Posted by Unknown at 07 May