WELCOME to the thirty-second issue of the Bay City Post! -Keeping you updated on the best city on the grid.

Spring sprang, summer shined, winter welcomes, but I always fall for autumn.
“Color my city bright and pretty.
She frolics in the maze her eyes deft avert my gaze;
I her mentor and she my muse, delighting in the painted hues.
Come play with me under the big oak tree and happily we’ll set our fancy free!”

Upcoming and Future Events
“Molewatch” with Ace Reporter: Marianne McCann
Public Service Announcements
“Cheeky Geek” with Qie Niangao
“The Interview” Join Uccie Poultry-Seale as she interviews Jack O'Lantern!
“The Race Report” with ADudeNamed Anthony
All that ...and yes the Weather!

We are seeking the donation of auction items for the Bay City Alliance's annual Tree Lighting Festival and Charity Ball. We are again looking to raise funds at this event for www.childsplaycharity.org . This organization offers online communities such as ours, an opportunity to help seriously ill children around the globe during their hospital stays with the purchase of games and gaming equipment.

It would be so kind of you to offer a signature item for the silent auction. All proceeds will go directly to www.childsplaycharity.org and can be delivered to our dedicated alt baycitysl resident, and /or inquiries can be made to Marianne McCann co-founder of the Bay City Alliance or Ever Dreamscape, Editor, The Bay City Post. We would suggest that you send fun, interesting, unique, or merely extravagant transfer items (or a no copy object that the auction winner can give to you to redeem for their prize, if the item(s) have to be no transfer) that reflect well on your SL business, as it is also our goal to offer you a great opportunity to showcase yourself at this popular annual event.

The Tree Lighting Festival is to be held Sunday, December 8th 2013 from 1-4 PM SLT at the Bay City Fairgrounds.The event features the tree lighting and silent auction, as well as live and DJed music with GoSpeed Racer, CelticMaidenWarrior Lancaster, and Grace McDunnough.
There will be ice skating, dancing, refreshments and lots of fun! All are welcome to this free public event and we would particularly like to invite you!!

Thank you for your kind consideration!

*Please send your holiday ornament to be hung on the tree to Marianne McCann.
**Don’t forget the lighted boat parade to be held in the North Channel later that month.

Just as predicted (smart aren’t we?) Halloween came October 31st this year. The Bay City Alliance held an awesome dance party at the Hallowe'en Hay Maze at the Bay City Fairgrounds. The party featured Bay City favorite DJ GoSpeed Racer! Hardly any pumpkins were hurt in the making of this party.
Rumor had it that in addition to Marianne McCann and Pygar Bu; the Lindens helped to spook up the fairgrounds and city. Thanks to Michael Linden for some awesome lighting and the moles for their spookalicious creations \o/

In October, The Bay city Alliance passed its fifth anniversary as a group! The first meeting was 10th October, 2008 Only four members who attended the first meeting (out of 25) are still active in BC. One of the first action items was a welcome basket. BlueGin Yifu, founder of the Bay City Alliance, passed in October 14th, 2010, roughly two years after founding the Bay City Alliance.  She helped spearhead the sense of community, and community participation throughout Bay City.  To this day we still use a stage design she created for our annual Anniversary event. Here’s a special opportunity for you artists. The Second Floor Gallery… cool name eh? Will now be featuring different artists’ works every month at the Hyperbole Tower in Bay City, Dennis (home of the Bay City Post and Etv). If you are an artist and would like to showcase you work for a month contact Ever Dreamscape to get on the schedule. This is a free, yes I said FREE opportunity to share your work with the Bay City public.

*Note: the Hyperbole building was custom built by Pygar Bu and is sponsored by Roc Plutonium. Thanks guys!!!

“A Taste of Bay City”

A Taste of Bay City Party is a party that YOU host at YOUR place in Bay City. It can be your residence, business, group headquarters, or any build you like; and held at a date and time of your convenience. It’s a great opportunity to get to know your neighbors and showcase your prims. Whether it’s a grunge party in your garage, a formal dinner, gallery opening or what have you… people want to see you what you’ve got going on! If you’re new to party planning it’s easy to get help from your fellow Bay City Alliance members.
Isn’t it time YOU hosted a “Taste of Bay City Event” at YOUR place? Come to a Bay City Alliance meeting to find out more!

Our congratulations to all auction winners, and we look forward to seeing the good things done with these lands by these and future owners!

Fall is for Furries!

What better way to spend time in this cool fall weather than to cozy up with your favorite furry friends?!
So fasten your seatbelts and gas up your vehicle at CC's Pouloco Station in Bay City, Bay City - Dennis – Then scoot down to Apricot & Co. Tailors of Fine Apparel for Fuzzy Bums & Cafe 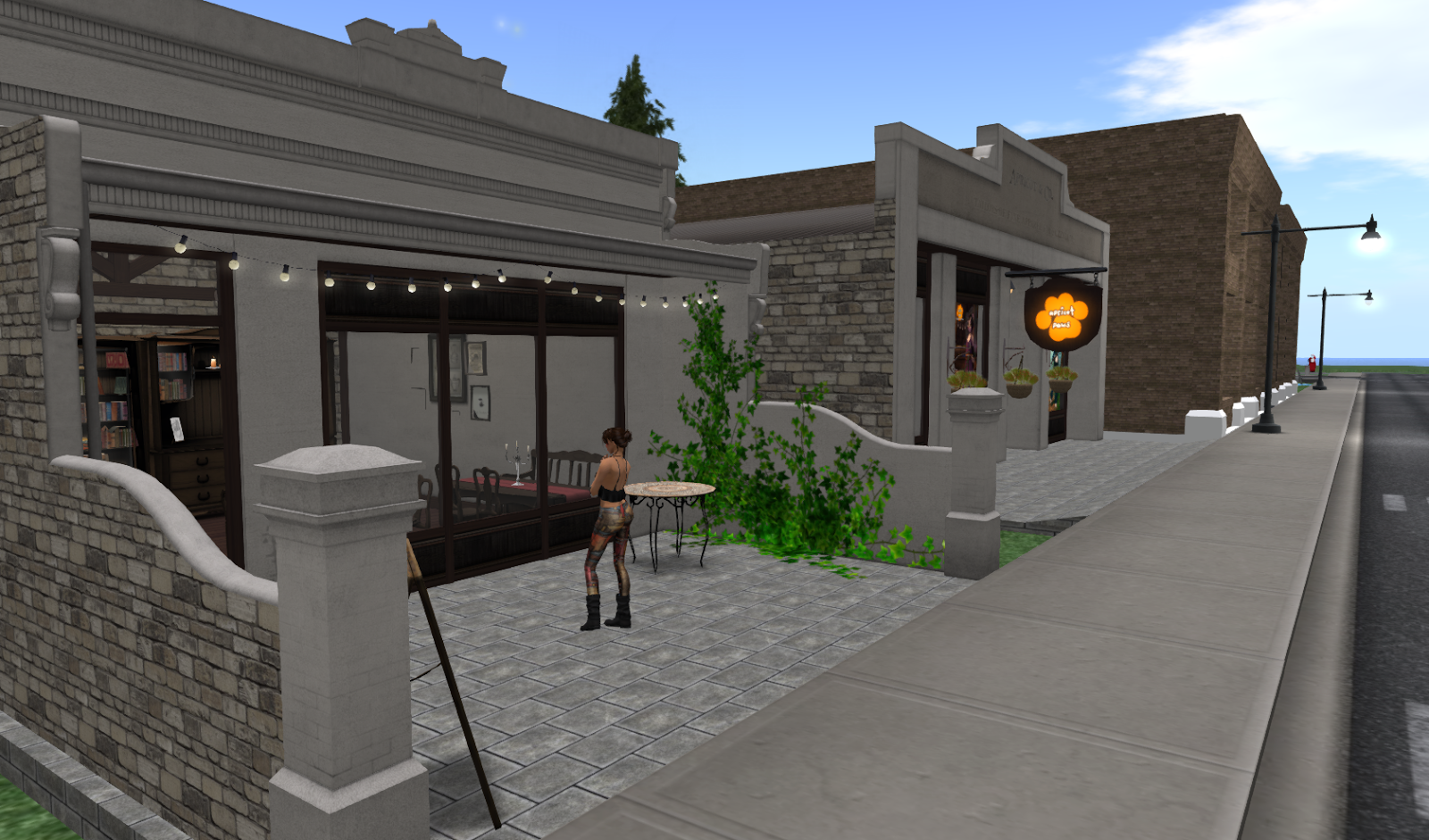 After that you can enjoy some reggae and an educational exhibit at Zion Kitty Rastafarian / Reggae Fashion, Bay City - Morton - Stay tuned next month….  as the Bay City Fairgrounds freeze over :D