WELCOME to the Forty-Sixth issue of the Bay City Post! - Keeping you updated on the best city on the grid.

Welcome to the April issue of The Bay City Post!

As I write this, we've recently had a day of celebrations in the memory and in honor of the founder of this here paper, Ever Dreamscape. I think it was cathartic for many of us.

And yes, it is apt that her birthday was the 1st of April, aka April Fool's Day.

I personally got  a bit hot and cold on April Fool's. Like I like a good jest, and always marvel at the fun Google doo-dads or Think Geek products that come out on the first -- but I also cringe at the pranks and meanspirited jests.

If it were up to me, I'd see April Fool's become a day where we make fun of ourselves, where we don't take ourselves nearly as serious as the other 364 days of the year., rather than it be a day where we all claim to be wittier than normal, at the sake of those we turn into fools. Make yourself the victim, as it were!

Anyway, this ain't the editorial page -- enjoy this issue, okay?

All that... and maybe a couple other things. 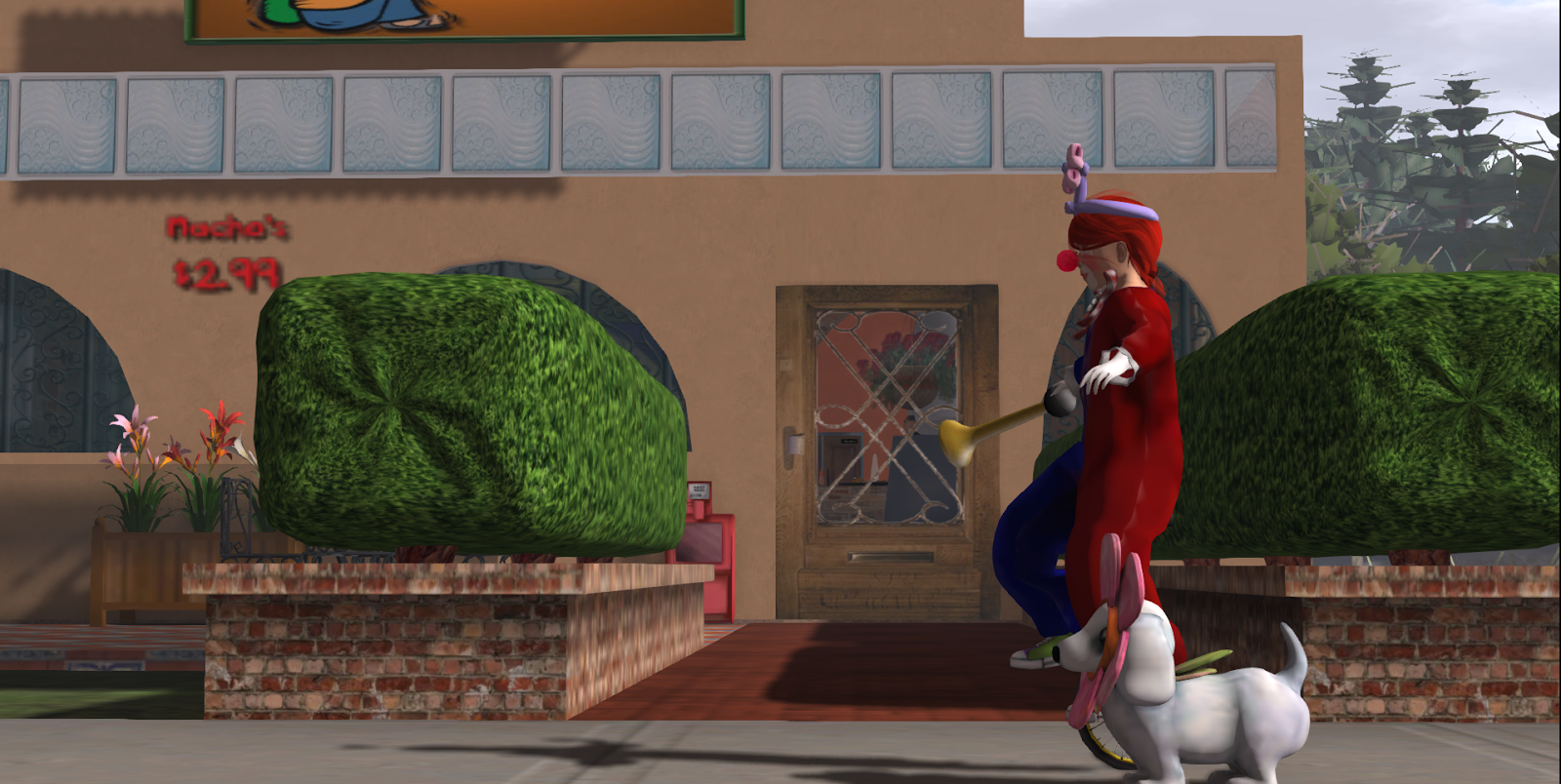 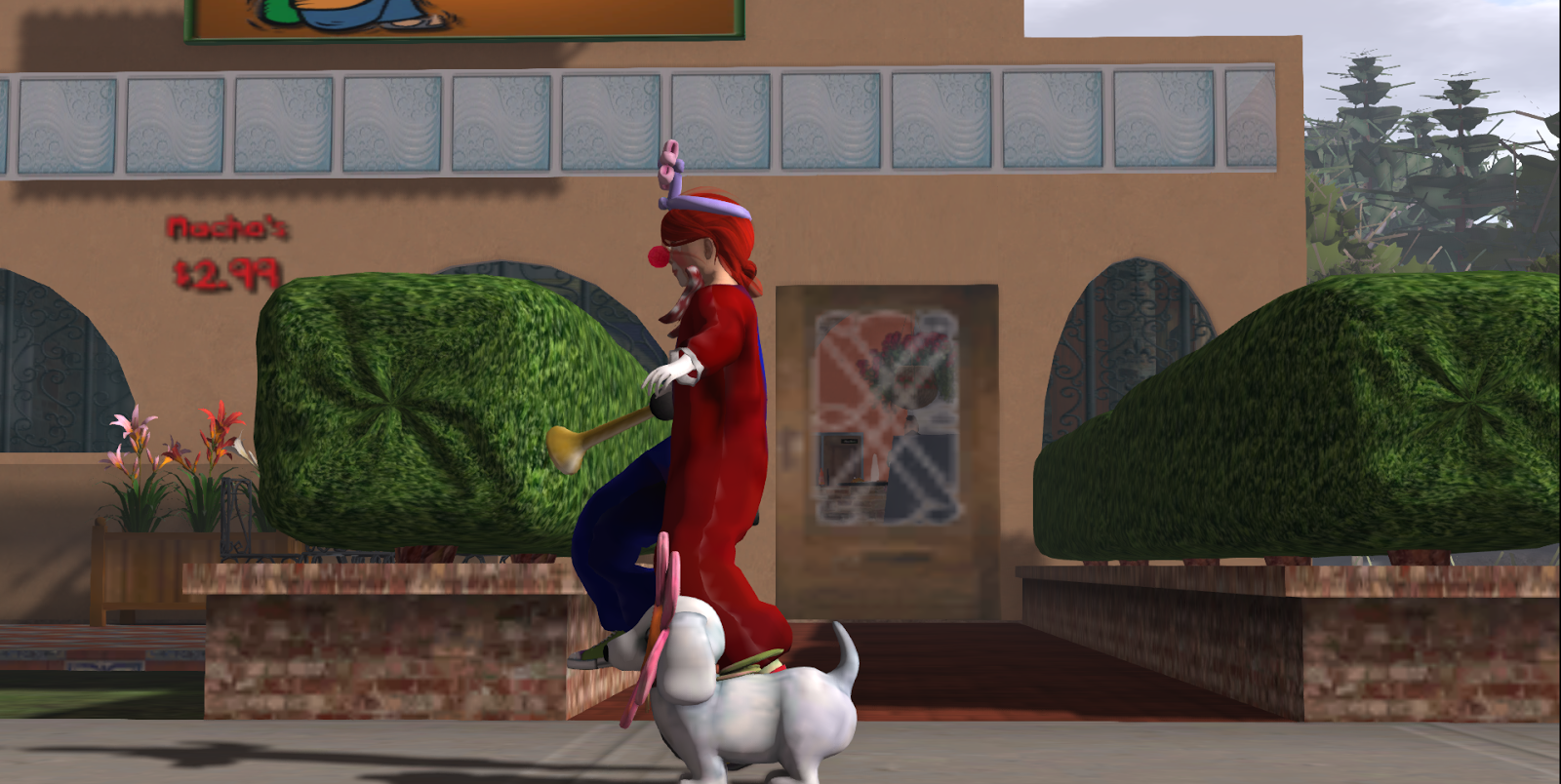 I always heard the food tasted funny, but this is ridiculous!

A friend of mine recently toured Bay City, and write about a few of her experiences on the SL feeds, commenting about the sense of place to be had in our Fair City. One thing in particular stuck me when she talked about the memorials she found in Bay City, including that to Hyper Mole in Hairy Hippo Fun Land. We also have a memorial to BlueGin Yifu and to Ever Dreamscape, as well as other personal and public memorials of real and fantastical residents (Sir Mole, anyone?)

The inclusion of such things sends a big message, though. This isn't just a preprogrammed game world we inhabit, but a place where -- much like out first lives -- we create experiences.

The most obvious way we do that is with our buildings and other virtual builds -- but it is more than that. We share our times here, we experience the world together. We see the highs and lows, and take part in those moments we hold dear.

Sometimes one of our friends passes on, and that voice is lost. It is in these moments we see the true strength of a community, as it shares in its grief, supports those left behind, and continues to grow in spite of the pain.

In Bay City, we erect monuments to those we've lost in this virtual space -- and I think that's a good thing. It shows that, underneath our mesh and textures, we are human after all. 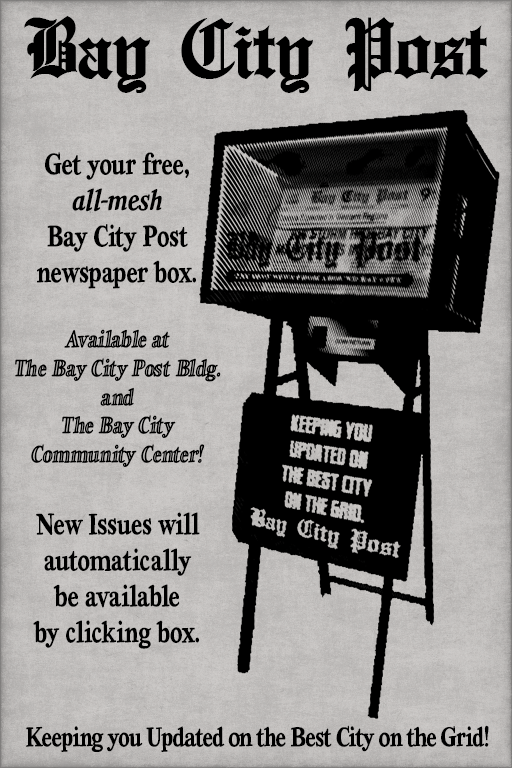 New Bay City Post newspaper boxes are now available. They're meshy, they're less LI, they fit our theme era, and they're free!