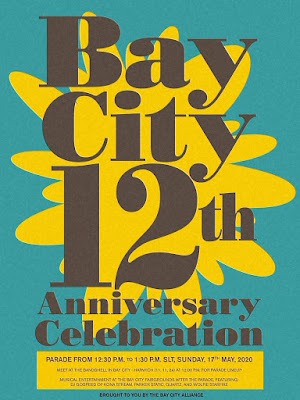 In May of 2008 the Linden Department of Public Works unveiled its first project, the themed city area on the Second Life® Mainland known as Bay City.

Join us in a parade on Sunday, 17th May, starting from the band-shell in Bay City - Harwich and travelling down Route 66 and Park Place to the Bay City Fairgrounds at North Channel!

Parade end:
Parade will conclude in North Channel -- but hang around for fun and festivities at the Bay City Fairgrounds!
http://maps.secondlife.com/secondlife/North%20Channel/123/129/28 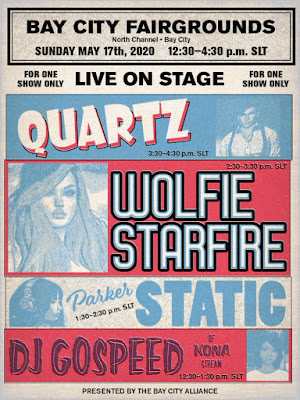 GOSPEED RASERE (12:30-1:30 P.M. SLT)
"GoSpeed is a Second Life DJ and online radio station owner, providing KONA Stream since 2007. As well as spinning classic hits of the 60s, 70s, 80s, and today, she is a Published author and the current reigning "Miss Bay City."

PARKER STATIC (1:30-2:30 P.M. SLT)
"Parker Static started singing at a very early age, being in a musical family her passion for singing was inevitable. With a sultry sound, Parker’s amazing voice has given her the ability to move from Pop to Ballads, Jazz, Country, RandB, Soft Rock and more. Parker has also won many awards for her singing, such as “Showtime Magazine TOP 10 performers in SL” and “The Soul Train’s Best Female entertainer of the year.” She’s fun and vivacious and her shows have something for everyone!"

WOLFIE STARFIRE (2:30-3:30 p.m. SLT)
"Wolfie believes that music should tell a story or a lesson in life, which leads her to write songs that have real meaning and lyrics that others can relate to them. This makes sure that each song expresses how she feels, while still encouraging each listener to discover what each song can mean to themselves."

QUARTZ (3:30-4:30 p.m. SLT)
"Quartz is a singer and multi-instrumentalist with many years experience as a semi-professional musician in RL. Quartz is also a songwriter and has composed numerous of his own original songs. His genre is an eclectic range of classic, progressive & indie rock, from the cassette years to now. Quartz' powerful rich voice will grip any aficionado of these genres. This coupled with his witty, albeit slightly bent sense of humour creates a show that is highly entertaining"

Event held at the Bay City Fairgrounds in North Channel, easily accessible by boat, car, walking, or teleport, and the end location of this year's parade. Come on down!
http://maps.secondlife.com/secondlife/North%20Channel/123/129/28

Who can participate?
Bay Citizens, Nova Albions, Shermervillians, Blumfeldians, Nautilods, and *all* residents of the Second Life Grid are welcome!

How could I make a float?
Best bet is to make 'em as a wearable attachment, not a vehicle. Due to some of the difficulties with 'em last year, we would prefer to avoid vehicles as much as possible. Also, they'll make your experience better, too!
Ask Bay City Residents that have participated before on how to make an attached float!


Join Bay City with this celebration!

Reporters Marianne McCann, Vick Forcella
Edit 200511: The sequence of performers has changed, the article has been updated to reflect this
200504
Posted by Vick at 04 May