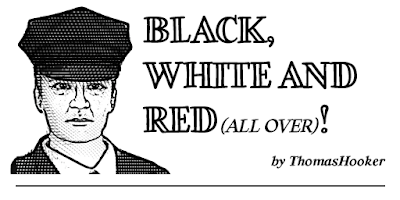 December 8th
Route 66 was closed near the Fairgrounds as the Bay City Charity Auction and Tree Lighting took place. Police and Fire were on hand for crowd control and to prevent the tree lighting from turning into a repeat of the recent Hay Maze incident. Police nearly had to step in as the bidding on the auctions heated up. Residents fought back and forth for the items, even threatening to ban each other at one point.

December 15th
Residents lined the roadways as a bank truck from the Bank of Bay City was escorted down Route 66 by the Bay City Police. The truck was carrying the proceeds from the Auction as well as the donations received and was heading directly for the Child's Play Charity. As the announcement was made that Bay City broke all previous records for total L$ raised, the crowd went wild.

December 18th
The Bay City Coast Guard was seen patrolling the channel between the Fairgrounds and New Port in preparation for the Lighted Boat Parade. Several abandoned prims, lost Linden Bears, and a surprising amount of kegs from the Bay City Brewery were cleared from the waterway so the boats had a clear path to sail. A local resident was seen using large fishing nets to gather the bottom dwelling bots and move them further up the waterway.

December 19th
Local residents were seen massing near Hau Koda as news of a Resident Vs. Linden snowball fight was to be hosted in the Winter Wonderland regions. Many were spotted wearing variations of snow camouflage, carrying crates of snow weapons. The Bay City Police were on hand to ensure no contraband made it to the waiting aircraft, and to give last minute pointers to the competitors on how to best snag a Linden. The crown of onlookers was heard chanting "Go Bay City!!" as the planes took off and the contestants were on their way towards Winter Wonderland.

December 20th
Crowds gathered as the line to get into the Snowball Arena stretched across Winter Wonderland. Today's snowball fight features two matches between Residents and Lindens/Moles. During the first match, Mr.Forcella fought bravely and secured the fort for Bay City. During the second match, The Lindens would not go down without a fight. BCPD Chief Hooker fought his way towards the castle to claim it for Bay City. It was a tough fight, with even the snow-monster getting in on the action. At the end of the day, Bay City held the castle during two matches. Many snowballs were at Xiola in honer of her last snowball fight as a Linden. Fun was had by everyone, despite the lag, and there wasn't even a single yellow snowball thrown. Lindens, Moles, and Residents agreed to a cease fire to line up on the ledge of the ice castle for a group photo.
December 28th

During an annual inspection of the Prim for the Bay City Prim Drop, the Bay City Fire Department had to call in the Bay City Police after the prim appeared to be tampered with. The Police Chief was overheard saying "I'll bet it was that darned Cat.." as Helium was let out of the prim.

December 29th
The Bay City Fire Department responded to a car bomb located outside of the fire station. First responders found the device attached to the Police Chief's car, and set to go off the next time he approached the vehicle. The Sansara National Guard Bomb Disposal unit was activated. The bomb has been disarmed, and was found to be filled with laughing gas. The Bay City Police Department is investigating the incident.